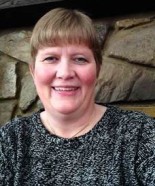 Shannon Hillier joined the MFLC Program in January of 2005.  She spent 60 days in Heidelberg, Germany as an adult MFLC.  She spent much of 2005 traveling the country with the MFLC program including six weeks opening the program at Ft Wainwright, AK, six weeks at Schofield Barracks and four weeks at Ft Bragg.  In the same year, Shannon also spent many weekends across the country supporting National Guard and Marine Reserve On Demand events.  She joined MHN full time in January of 2006 as a supervisor for the adult program and later had a key role in the development of the CYB program.  She left the MFLC program in 2012 and feels incredibly lucky to have had the opportunity to return in March of 2015.  She is currently the clinical liaison supporting all MFLCs in Korea, the school and CYB MFLCs in Yokosuka, Japan and the embedded MFLCs at Joint Base Lewis-McChord.

Prior to her work with the MFLC program, Shannon spent a number of years working as a critical incident responder.  She spent six weeks in NYC, supporting employees as they returned to work around ground zero in the weeks following 9-11.  She also spent two weeks in Florida with the Red Cross in 2004 during the infamous hurricane season that brought four hurricanes back to back.  She has worked a wide variety of disasters providing counseling services to victims and survivors as well as providing coaching services to management in how best to support their teams in the aftermath of a disaster.

Shannon also has an extensive history in the inpatient psychiatric setting.  She has directed adult, adolescent and children’s inpatient units as well as intake departments.  She has also created, implemented and supervised school based programs and intensive outpatient services for children and adolescents.  She has worked in private practice settings providing marriage counseling and working with young children and their parents.

Shannon grew up in south Alabama and feels most at home on the beautiful gulf coast.  However, she currently calls Tulsa, OK home.  She enjoys spending time with her family and friends, baking, reading, gardening and playing with her dog.